Is IVF and ICSI the same technique ???

Usually, most of us have questions related to IVF specially the ones who are not able to conceive naturally. Moreover,many people are confused between these two techniques(ICSI and IVF). However, both the treatments have good success rates. But, there is a major difference in technique when it comes to fertilization of the egg outside the body . In ICSI the individual sperm is directly injected into the egg to help it fertilize.


So, exactly what is ICSI? And how this treatment is different from the conventional IVF ?

There are many couples from all around the world who are facing issues while conceiving and one of the reasons for infertility is sperm-related. The treatment which is most common and successful for male infertility is ICSI (intracytoplasmic sperm injection).

IVF and ICSI both are types of assisted reproductive treatment (ART).

The main difference between the two techniques is : 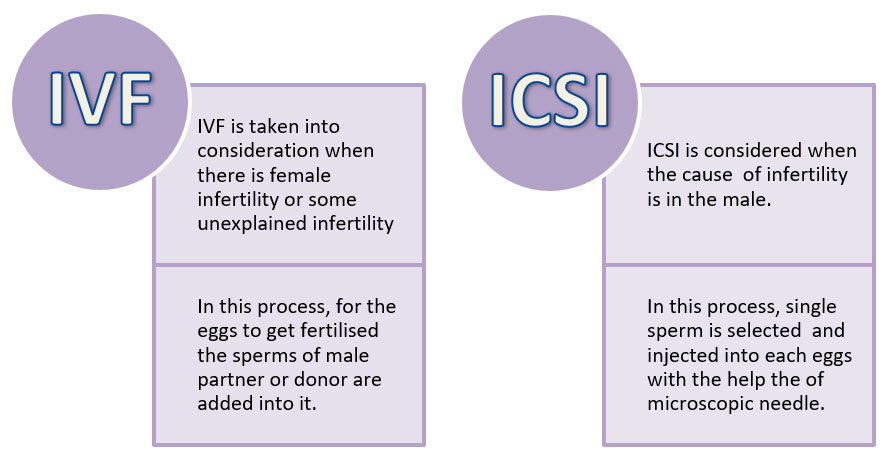 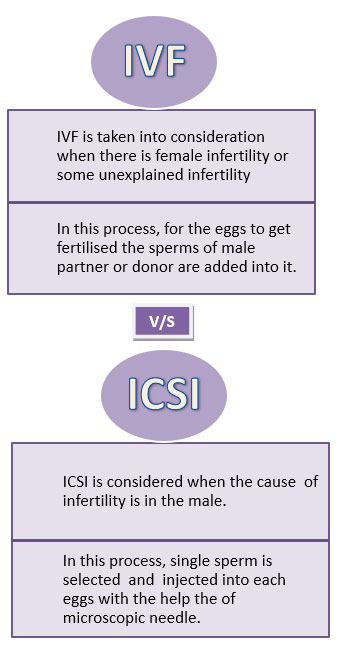 The main reason for ICSI to come into the picture is when IVF treatment fails in the case of severe male infertility. Also, the other reasons that are nowadays seen are immunological infertility, ejaculatory dysfunction, and treatments required for cancer patients. 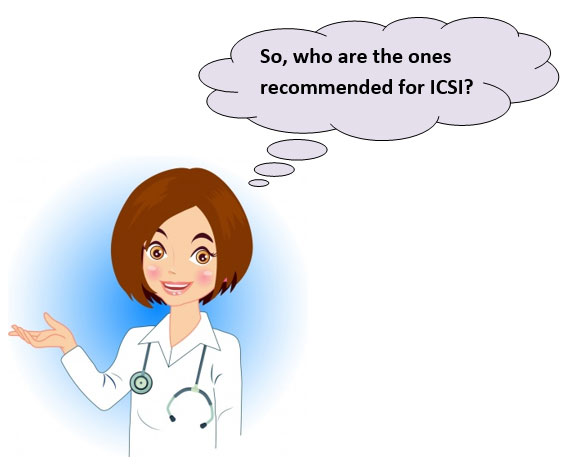 ICSI technique is generally recommended by doctors to : 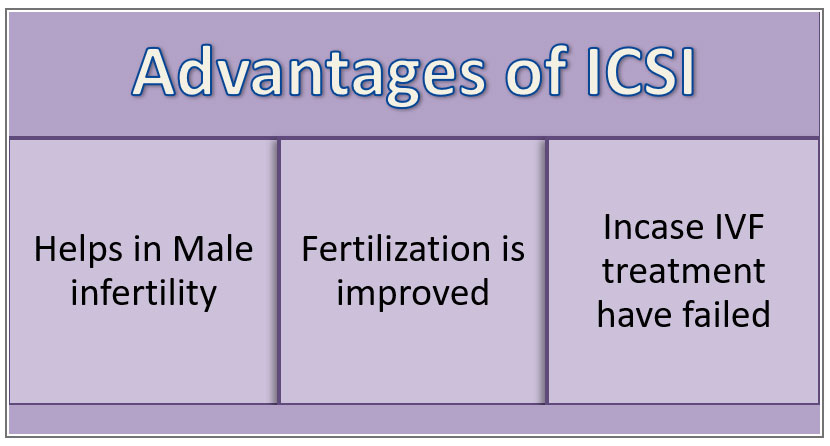 Now surely you must have got an idea about ICSI technique.

But you surely must be wondering what exactly is the procedure for ICSI? Or what are the steps for ICSI technique ?

ICSI is an advance fertility method which falls under ASSISTED REPRODUCTIVE TECHNIQUE in which a singular sperm cell is introduced directly into the egg.

The steps involved in ICSI PROCEDURE : 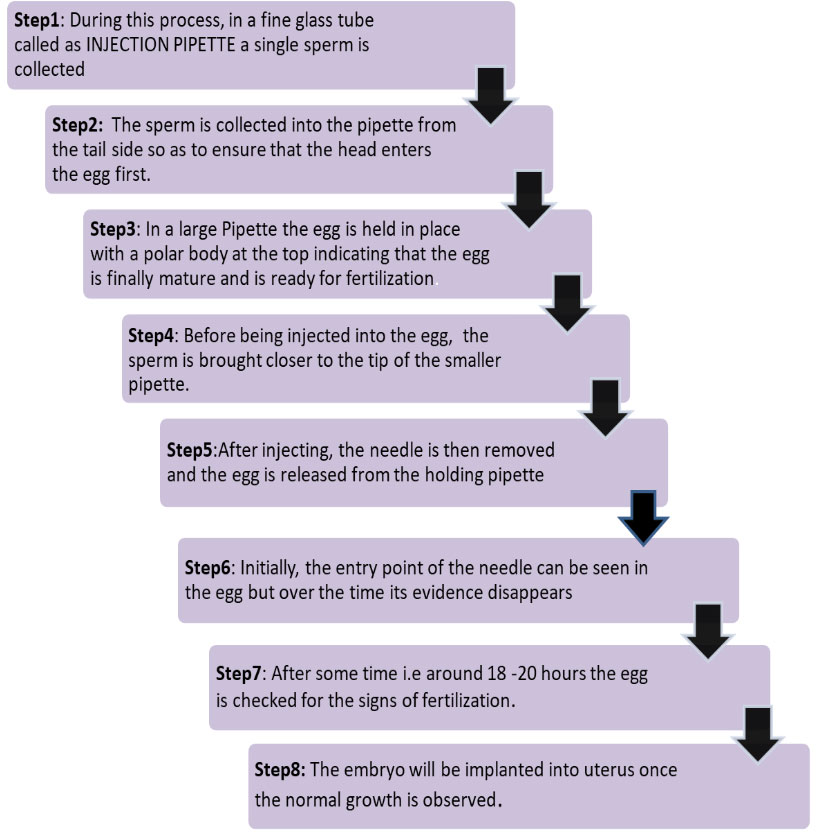 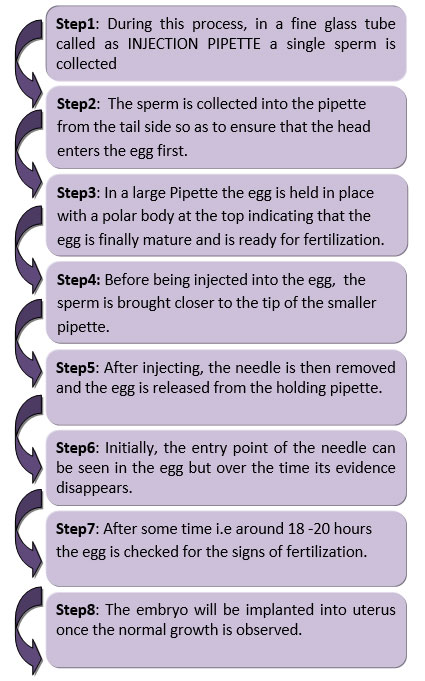 
No doubt, ICSI technique increases the success rate of the procedure but you should also be aware of the risk associated with this treatment.

Given below are some of the risk related with ICSI

The success rate of ICSI is high i.e around 50 to 80 percent but it is not necessary that all the fertilized eggs will get developed into healthy embryos. Also, this technique helps in fertilizing egg even if the sperm is not healthy enough which could result in defective embryos.

Further, the risk associated with ICSI is the same as that of children conceived naturally. But the child conceived by ICSI would have very low birth defects, less than 1%. According to researchers, the birth defects can be because of sex chromosome abnormalities, urinary system or genitals defects and lower quality sperm. But there are rare chances that this will happen.

However, the main risk associated with ICSI is actually a risk of IVF itself because of an increased chance of multiple births. This risk can be minimized by cautiously and attentively controlling the number of embryos that are to be transferred in the female's uterus. Multiple births i.e twins, triplets or more than that results in a high rate of risk and complications to both mother and babies.


Precautions to be taken after an ICSI treatment are :