and our staff will get in touch with you


For us in India, Tata memorial hospital is the premier centre which treats around 1\3rd of the cancer patients of the country.

But do you know how the hospital came into existence?

It was Sir Dorabji Tata, the chairman of Tata Sons and the son of the founder Jamsetji Tata who decided to set up a cancer facility of international standards. He did it in the memory of his late wife Lady Meherbai Tata who died in 1932 while battling with leukaemia. However, his wife was treated abroad for her illness because India lacked a proper cancer facility then. This inspired him to give India a centre which works day & night for the prevention and treatment of cancer, and for research.

Although, Sir Dorabji died before he could see his dream come true but his successor Nowroji Saklatwala gave him a tribute by laying the foundation of Tata Memorial Hospital on 28th February 1941. It soon became one of the leading cancer centers in India.


Later, the hospital was merged with the Cancer Research Institute which was set up by the Government of India in 1952. Let me add that later these two became a part of Tata Memorial Centre (TMC). The hospital achieved a milestone when the Department of Atomic Energy (DAE) started handling its administration in 1962. After which it became a fully funded Grant-in-Aid Institution. It is not only recognized in India but also globally for being the national comprehensive cancer centre for the prevention, treatment, education and research in Cancer.

Located in Parel, Mumbai India, initially Tata cancer hospital opened its doors as an 80-bed hospital. The hospital is closely linked with the Advanced Centre for Treatment, Research and Education in Cancer (ACTREC). You know it has been on the global map for providing free primary care to 60 per cent of patients while charging others as minimal as possible. The tata memorial hospital free cancer treatment has been a blessing to people who cannot afford the expensive cancer treatments. Under the guidance of the current director Dr. Rajendra A Badwe (Oncologist) Tata cancer hospital Mumbai is the premier cancer centre. The hospital’s sole vision is to ‘promote outstanding service through evidence based practice of oncology Emphasis on research which is affordable, innovative and relevant to the needs of the country Committed to providing education in cancer for students, trainees, professionals, employees and the public.’

Tata memorial hospital not only attracts patients from various parts of the country but also from the neighboring country. This is evident from the fact that every year over 64,000 patients visit the hospital and around 18500 minor operations, 11500 major operations and 200 laser surgeries are carried out. If we look at the daily statistics around 1300 patients visit the out-patient department (OPD) for various services like medical advice, comprehensive care or for follow-up treatment. Since its inception in 1941 Tata Memorial Hospital has grown from being 80 beds to 629 beds hospital and has achieved various milestones in research, treatment and in total cancer care program.

Another key point to note is that Tata memorial hospital has been at the forefront in initiating the following :


If we go by the statistics around 50 surgeries were performed using robotic surgery which was introduced in 2014. Moreover, the annual reports suggest that over 6200 patients have been treated using radiotherapy and chemotherapy in multi-disciplinary programs by some of the best oncologists in India. Due to ever growing population, the Tata trusts had to open another center but in the different part of the country i.e. in Kolkata. Inaugurated by Ratan Tata, Tata memorial hospital Kolkata opened its doors on May 16, 2011, under the name of The Tata Medical Center (TMC). This centre aims to serve patients from the east and northeast of India and also from Bangladesh. Tata memorial hospital address : Dr. E Borges Road, Parel, Mumbai, Maharashtra - 400012, India

Often cited as Asia’s largest cancer hospital, Tata cancer hospital is partnership between private institute and government who is continuously working towards providing comprehensive cancer care to one and all. Additionally, the state government of Maharashtra is planning to set up a sanatorium at the Tata Memorial Hospital in Parel for cancer patients and their relatives.

It’s important to note that the hospital’s motto is to attack cancer on the three fronts which is interdependent on each other i.e. treatment, education and research. And the most compelling evidence is the list of oncologists who have worked and are working at present with Tata memorial cancer hospital.

Below listed are some of the renowned oncologists currently working/or have worked with Tata memorial hospital. 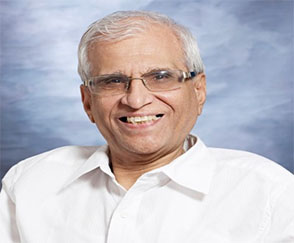 A pioneer in Hematopoietic stem cell transplantation in India, Dr. Suresh H Advani needs no introduction. He is one the most distinguished Medical Oncologist & Hematologist in India. When he was 8 years old he was struck by poliomyelitis this did not stop him from pursuing his MBBS and MD Medicine from Grant Medical College, Mumbai. His career spans over 45 years and he has worked with some of the best cancer hospitals in India. That also includes serving more than 10 years with Tata memorial hospital as a medical oncologist. Since then he has served thousands of patients and is also the first Oncologist in India who successfully transplanted bone marrow into a nine-year- old girl down with myeloid leukemia from her brother.

Dr. Advani is known worldwide for his immense contribution in the field of oncology. He often gives lectures around the world on various forms of cancer and especially the India-specific ones.

He is often regarded the trailblazer because he started off when there was a huge gap in the oncology field. Dr. Advani has also worked with the father of bone-marrow transplantation, Dr. E Donnall Thomas at the Fred Hutchinson Cancer Research Center in Seattle.

Moreover, he was also a prominent part of clinical trials that was carried out on 1,200 patients which showed 20% to 70% success rates. This trial was conducted to help children with lymphoblastic leukemia.

Dr. Advani is the recipient of several international and national awards such as the prestigious : 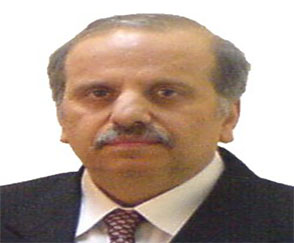 Another renowned oncologist is Dr. Boman Dhabar who has several years of experience as a consultant Medical Oncologist and Haemato-Oncology at Tata Memorial Hospital. He underwent super specialized training at the Tata cancer hospital from Aug.1989 to Sept. 1992 which involved inserting and care of central venous lines, administration of chemotherapeutic agents for haematological and solid tumours and to manage their toxicities and managing immunocompromised patients.

Additionally, he has received certifications and fellowships in Medical Oncology from some of the well-known institutions around the world such as : 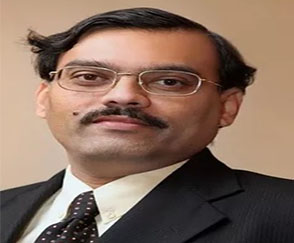 Dr. Shripad is currently serving as the Head of Medical Oncology and Paediatric Oncology at the Tata memorial hospital. He is known to initiate a low-cost cancer therapy for patients who can’t afford the costly cancer treatments. He led the research on alternative treatment known as metronomic therapy, the result of which promises to boost the survival rate. The alternative treatment includes an anti-diabetic and chemotherapy drugs combined which is not generally prohibitively expensive.

Under the guidance Dr S. H. Advani, Dr. Shripad D. Banavali underwent 3 years (1987-90) of Adult Oncology training at Tata cancer hospital Mumbai. Moreover, he received a fellowship to work with Dr Harvey Priesler in Cincinati, USA due to his research project on Chronic Myeloid Leukemia. During his long stay at the USA he worked at St. Jude Children’s Research Hospital and completed his Board Certification in Pediatrics and Fellowship in Pediatric Hematology-Oncology.

To his credit he has more than 200 scientific publications in various peer reviewed journals. Also he is an Additional Professor and Consultant Medical Oncologist in charge of the Pediatric Leukemia / Lymphoma and Retinoblastoma section. Dr. Shripad D. Banavali has a keen interest in leukemia cell biology, immunology, cell kinetics and Experimental Oncology. 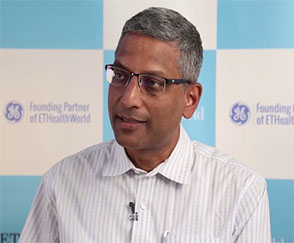 Dr. Hari Menon has been associated with Tata cancer hospital Mumbai as a consultant and Professor of Medical Oncology for the past 12 years. His deep understanding and interest in designing studies in oncology can be seen with his involvement as a Principal Investigator on several clinical trials, both at national and global levels. Career spanning over 18 years Dr. Menon’s centre of interest includes specialized field of haematological malignancies, catering both leukemia (blood cancers) and lymphomas (malignancies associated with the lympho reticular system).

Moreover, he has been a representative of the ICMR (Indian Council of Medical Research) task force for formulating guidelines in haematological malignancies.

Dr. Hari Menon V. G. is a national faculty for ACORD and CREDO in India and is often featured among the best oncologist in the India. 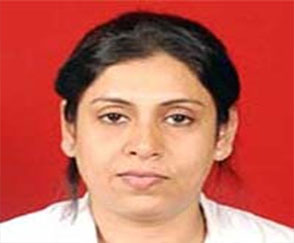 Dr. Sharmila is a well-known Professor and Physician from the Department of Preventive Oncology at Tata cancer hospital Mumbai. Her focus remains on Preventive and Social Medicine and acts as the Principal Investigator on various studies including an interventional study on tobacco cessation effectiveness, and other two related to HPV and cervical cancer – and is Co-Investigator on three others.

Furthermore, she did the Diploma in Cancer Control and Prevention, and Molecular Prevention from the National Institutes of Health in the US. Dr. Sharmila has also been involved in several technology transfer projects in all levels but her primary goal is to use her expertise in the control, prevention and early detection of different cancers and tobacco-related cancers coupled with tobacco control and cessation.

Although, Dr. Sharmila is involved in various activities like early detection and management of cervical neoplasias using LEEP and cryotherapy, her keen interest lies in broadening her research and programmatic expertise further. 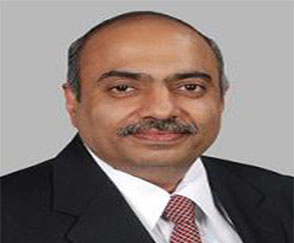 Dr. Agarwal is the Professor and Radiation Oncology at Tata memorial hospital with qualification in MD, MBBS Radiotherapy. Associated with one of the best cancer hospital in India, Dr. Agarwal is currently involved in several researches including

Dr. Agarwal did his fellowships from Federation of European Cancer Societies for 12th ECCO in Copenhagen, Denmark, AROI Merck Overseas, Acta Oncologica Fellowship, and has been awarded ESTRO Honorary Member in 2011 for his significant contribution. 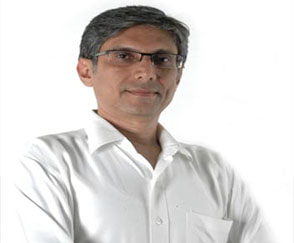 Dr. Rajiv Sarin is the Director of ACTREC, Tata Memorial Centre in Mumbai, India. Additionally, he is also In-Charge of the Cancer Genetics Unit & Professor of Radiation Oncology at the Tata hospital. With over 2 decades of experience in Oncology, Dr. Rajiv received the training in Clinical Oncology & Radiation Oncology at the Tata memorial cancer hospital and The Royal Marsden Hospital in London and Cancer Genetics at University of Utah, Salt Lake City. 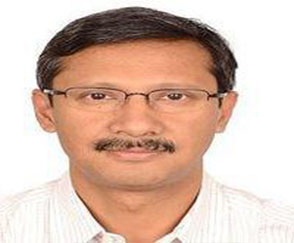 Currently working as a Professor of Radiation Oncology at the Tata cancer hospital, Dr. Siddhartha Laskar specializes in the management of: 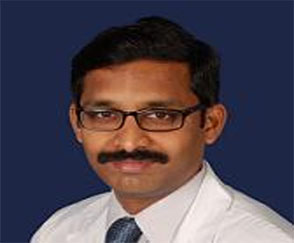 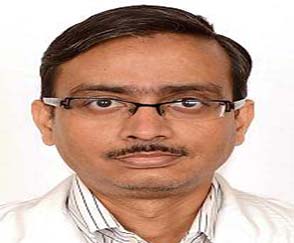 Furthermore, he has won the International Education & Development Award of ASCO in 2006 and Puranik & Pradhan International (Overseas) Fellowship of AROI in 2007. Dr. Tejpal’s research program mainly focuses on Neuro-Oncology and Head-Neck Cancers. 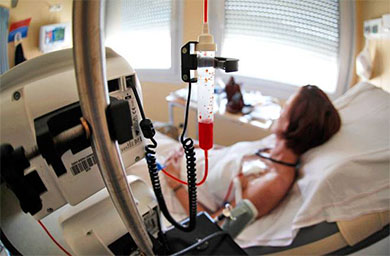 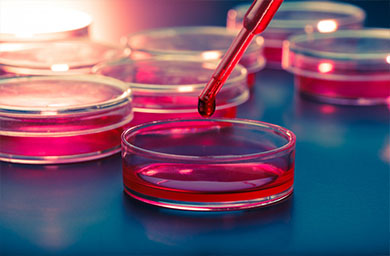 Here at Tata cancer hospital, patients are divided into various categories depending on their financial conditions and their capacity to avail the treatment. So before discussing the payment structure in detail let us first look into the segregation of patients.

Like, I said earlier patients here in Tata are split into two categories :

2. Private category patients
Unlike General category, patients who fall under this category are charged as per the treatment they avail at the Tata memorial hospital. There are two categories such as: