What is the Cost of Plastic Surgery in India?

The cost of plastic surgery in India ranges from INR 15,000 to INR 2,50,000 or even exceeds the mentioned range depending on the chosen procedure, complications faced throughout the operation, additional services  availed by the hospital, consultations, and testings.

The Cosmetic Surgery cost in India starts from INR 1500 for Chemical peel to INR 2.5L which is for Buttock Augmentation, buttock lift, Rhytidectomy, Eyelid surgery and Grafting.

Liposuction can effectively remove excess fats stored in the thighs, face, neck, chin, and abdominal budges. Liposuction cost in India can range anywhere from INR 10,000 (130 USD) to INR 5,00,000 (654 USD), or even exceed the given estimates.

Liposuction cost primarily depends on the area to be treated and the volume of fats to be removed.

Facial reconstructive surgeries are generally those procedures that reconstruct parts of your face using tissues extracted from your body parts, they are either done to restore functionality to your facial features, or are performed to repair burns and treat deformities caused by any disease.

While facial cosmetic surgeries, in contrast, are slight alterations made to your facial features with the primary objective of enhancing its appeal and to alongside improve the functionality of relevant features as well.

Laser hair removal cost in India can vary from INR 12,000 to INR 75,000 (157 USD to 981 USD), depending upon the equipment requirements posed by your skin type, area targeted, and amount of hair removed.

The Vulvovaginal procedure cost lies between INR 55,000 to INR 60,000 which is again very cheap in India when compared with other countries like Turkey and Australia. The estimated cost of Hymenoplasty is between INR 35,000 to INR 40,000.

Plastic surgery cost in India varies with the type of procedure chosen, surgeon, hospital, and the city where you choose to get the surgery done.

From the below table it is quite clear that the Plastic Surgery cost in India varies from city to city. Pune is the city where Plastic surgery is performed at the lowest cost i.e. INR 20,000 and the highest cost is in Mumbai and goes up to INR 1,30,000.

The major cost component in any cosmetic surgery is the technology used for the treatment and the Fee of the Plastic Surgeon in India. To ease your search further, we have covered both parameters and prepared a list of excellent plastic surgeon in India who are equipped with the latest technology as well as from all the major cities of India - Mumbai, Delhi, Bangalore, Chennai, Kolkata, Pune, and Hyderabad.

Now, here we have a list of its comparison with different countries:

There are some other countries like in Turkey the plastic surgery cost starts from INR 1,50,000 depending on the type of your surgery and other variables. Whereas in Dubai the cost of Plastic surgery starts approximately around INR 2,50,000.

Why is India the preferred destination for plastic surgery?

According to a global survey released by International Society of Aesthetic Plastic Surgery in 2010, India occupied the 5th position globally for its cosmetic surgical and non-surgical procedures.

The major factor that drives this trend and attracts even foreigners is the affordable rates at which surgeries are made available in India, but there are more factors at play as well:

The most common procedure, rhinoplasty, has the highest cost in the United States, at INR 6,45,255. The rhinoplasty cost in Australia starts around INR 4 lakhs, while it costs INR 1,25,000 in India. However, just like in India, the cost of rhinoplasty in Turkey is also less expensive, ranging from INR 1,50,000 to INR 3,00,000.

The reason why people prefer India to undergo any surgeries is because of two factors - affordable treatment by highly experienced surgeons.

Which laser treatment to opt for curing Pilonidal Sinus?

Diode laser treatment is required for Pilonidal Sinus. Actually Pilonidal Sinus can be treated surgically only. The cavity needs to be removed surgically otherwise the problem will reoccur. After the surgery has been done a diode laser will clear the hairs over the back portion and that will result into complete remission 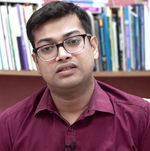 How to get rid of strawberry legs?

Strawberry legs generally caused by irritation of the hair follicles specially after waxing so first thing is adopting laser hair removal over waxing that will permanently solve the problem. Secondly If you want to try waxing then use soft wax and also apply coconut oil post waxing. Use Antiseptic like Cetrimide before waxing and mild topical steroids or moderately potent steroids like mometasone can be applied after waxing process for 2-3 days so that it won't give rise to strawberry legs

What to expect 3 weeks after rhinoplasty?

Post 3 weeks after Rhinoplasty
- All of your bruising in the under eye area will disappear
- There might be a bit of tip swelling which can be still persistent.
- Avoid unnecessary touching and picking your nose to avoid displacement of nasal bones(osteotomy was done) and diced cartilages(if used)

How long does it take for chemical peel to heal

How to treat breakouts after chemical peel