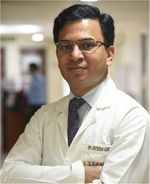 Foot Assessment Foot Assessment Is A Common Practice In Clinical Practice For Classifying Foot Type With A View To Identifying Possible Factors Relating To Injury And Prescribing Therapeutic Treatments.