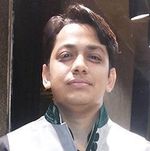 Dr. Kapil Garg is registered as a Medical Practitioner at Delhi State Dental Council since 2005. Registration Number - A-5708

Presurgical Orthodontics Presurgical orthodontics involves dental decompensation, alignment of the teeth within the arches, leveling of the curve of Spee, and coordination of the lower and upper jaw bone.

Laminates Laminates Are Wafer-Thin, Custom-Made Shells Of Tooth-Coloured Materials Designed To Cover The Front Surface Of Teeth To Improve Your Appearance.

Flap Surgery Flap Surgery Is A Technique In Plastic And Reconstructive Surgery Where Any Type Of Tissue Is Lifted From A Donor Site And Moved To A Recipient Site With An Intact Blood Supply.