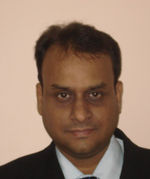 Dr. Manoj Kandoi is registered as a Medical Practitioner at Maharashtra Medical Council since 1994. Registration Number - 74412

Stem Cell Therapy For Orthopedic Conditions Some specific conditions that can be treated with stem cell therapy include: Mild to moderate osteoarthritis/degenerative arthritis of joints, especially the hip and knee.

Percutaneous Vertebroplasty For Compression Fracture Percutaneous vertebroplasty is a technique in which medical grade bone-cement is injected though a needle into a painful fractured vertebral body.