Dr. Anoop Nair is registered as a Medical Practitioner at Karnataka State Dental Council since 2002. Registration Number - 12209A 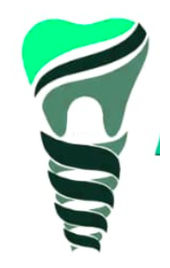 Endo Surgery Or Apicoectomy When Inflammation Or Infection Persists In The Bony Area Around The End Of Your Tooth After A Root Canal Procedure, An Apicoectomy Is Performed

Rct Root Canal Treatment This Treatment Is Generally Done To Repair Tooth Which Are Badly Infected.

Gum Disease Treatment Surgery Sometimes, periodontal surgery may be needed to treat certain gum diseases and conditions, such as gingivitis or periodontitis. This type of surgery is commonly known as gum surgery. The procedure aims to treat the gum disease and any damage it may have caused by regrowing damaged bones and tissues

Scaling Polishing Scaling and Polishing involves removing plaque and tartar deposits that have built up on teeth over time.