Dr. Ashwini Shashidhar is a reputed Gynecologist and Obstetrician in Bangalore with over 20 years of experience. She has been bestowed with Faculty in State Conferences - Given talks & was a Part of Panel Discussions - 2016 award, Poster presentation in LIFE 2011 won 1st prize. - 2011 award, Poster presentation KISAR 2011 won 1st prize - 2011 award, Best Paper Presentation in Life Conference - First Prize - 2011 award, Best Paper Presentation at KISAR- First Prize - 2011 award, Publications in Index Journals - 2011 award and AICOG conference held at Delhi in 2008 and won first prize for the presentation - 2008 award. She has pursued her Fellowship in Reproductive Medicine from BACC, Bangalore in 2016, PGDMLE from National Law school in 2016, M.I.C.O.G from Indian College of Obstetricians & Gynaecologists in 2013, Diploma in USG from Ian Donald School, Unv.of Croatia in 2011, MD - Obstetrics & Gynaecology from JNMC, Belgaum in 2007 and MBBS from Mahadevappa Rampure College of Medical Sciences in 2002. She currently practices at Motherhood Hospital in Sahakaranagar(Bangalore) and Ashwini Clinic in Byatarayanapura(Bangalore). She holds membership of Federation of Obstetric and Gynaecological Societies of India (FOGSI), Controversies in Obstetrics, Gynecology and Infertility (COGI), MICOG, ICOG, FICMCH and ISAR.

Dr. Ashwini Shashidhar is registered as a Medical Practitioner at Karnataka Medical Council since 2002. Registration Number - 64076 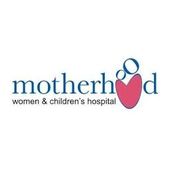