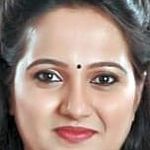 Dr. Chaya Jambigi is a reputed Counselling Psychologist, Ayurveda and Yoga And Naturopathy in Bangalore with over 17 years of experience. He has been bestowed with Conducted Wellness Workshops on ‘Stress Management’ and Cyclic Mediation on Invitation from Several Universities in USA Like Cleveland State University, Case Western University, Kent University and Jewish Community Centre - 2014 award. He has pursued his MS - Psychology from Madras University, Chenai, India in 2013, PhD - Psychology from Bundelkhand Medical College in 2013, MSc - Yoga from SVYAS,Bangalore in 2012, BAMS from Govt. Ayurvedic Medical College and Bangalore in 2005. He currently practices at Serenity Wellness Institute in Jp Nagar(Bangalore). He holds membership of American Psychological Association and Ayurveda Academy.

Dr. Chaya Jambigi is registered as a Medical Practitioner at Karnataka Ayurvedic and Unani Practitioner's Board since 2006. Registration Number - 20316

Skin Care It refers to how a person takes care of his/ her skin with or without the use of different skin products.

Corn Removal In This Procedure, The Doctor Will Remove The Corn (A Hardened Layer Of Skin Which Develops When Your Skin Tries To Protect Itself Against Friction And Pressure) By Performing Minor Surgery.