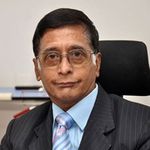 Liposuction Liposuction Is A Type Of Cosmetic Surgery That Breaks Up And Sucks Fat From The Body.

Hand Rejuvenation It is nothing but a procedure of making your hand look young.