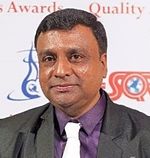 Alopecia Areta Treatment The treatment given for Sudden hair loss that starts with one or more circular bald patches that may overlap.

Skin Tags Removal The removal of skin tags by methods like cryotherapy, surgery, litigation and electrosurgery.

Skin Allergies The reaction of the skin to allergens which may cause red, itchy rashes and may include small blisters or bumps.