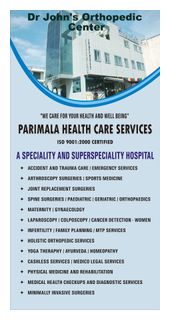 Orthopedic Physiotherapy This Is The Branch Of Physiotherapy Concerned With The Treatment Of Injuries Or Disorders Of The Skeletal System And Associated Muscles, Joints, And Ligaments.

Spinal Fusion It Is A Surgical Technique That Joins Two Or More Spinal Columns.

Correction Of Deformities In This Procedure, The Doctor Will Try To Correct The Deformities Caused In The Bones.

Fracture Treatment Fracture treatment is a medical procedure to repair the broken continuity of a bone.

Arthroscopy Arthroscopy Is A Minimally Invasive Joint Surgery Done With The Help Of Endoscope And Arthroscope.