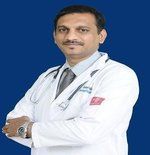 Dr. Sudheendra M Rao is one of the most esteemed Orthopedist in Bangalore.He holds an experience of 13 years in medical field. He has completed his MNAMS - Orthopaedics from DNB board, New Delhi in 2014, DNB - Orthopedics/Orthopedic Surgery from DNB board, New Delhi in 2012, Diploma in Orthopaedics from Karnataka Institute of Medical Sciences, Hubli, (KIMS) in 2005, MBBS from J.S.S Medical College and Mysore in 2002. He carries his medicinal practice at Manipal Hospital in Jayanagar 9 Block(Bangalore) and Greenview Medical Center in Hsr Layout(Bangalore). He is a respected member of Karnataka Medical Council. 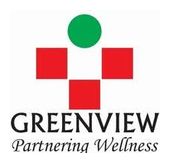 Knee Osteotomy Knee Osteotomy Involves Removing Or Adding A Wedge Of Bone To Your Shinbone Or Thighbone To Help Shift Your Body Weight Off The Damaged Portion Of Your Knee Joint.

Correction Of Deformities In This Procedure, The Doctor Will Try To Correct The Deformities Caused In The Bones.

Fracture Treatment Fracture treatment is a medical procedure to repair the broken continuity of a bone.

Skeletal Dysplasias Also known as osteochondrodysplasias, they are a heterogeneous group of heritable disorders characterized by abnormalities of cartilage and bone growth.