One of the greatest actor of Indian Cinema Mr. Govinda went on hair transplant using the Greek method at DHI clinic & he posted Dr. viral Desai Hair Transplant reviews as “isn't hair important? Which man would say he is okay with lesser hair on his head? , Dr. Viral Desai helped me in getting my natural hair back he is just the best hair surgeon I have ever seen”

Also one of the Veteran Actor of Bollywood film Industry Mr Raj Babbar sent a letter of appreciation to Dr. Viral Desai stating “Dear Dr. Viral, Thanks. You gave me so much confidence before DHI (that) I could take a fast decision and I am happy I took the right step. It was (a) nice experience and (I am) very hopeful that the result will also be good.”

Mr. Rohit Roy is a famous Actor, Director, Anchor & host who recently had hair transplant done by Dr. Viral Desai through DHI technique. "After trying every "Magic Potion" and "Hair Growth Miracle" in the market; I realized that only real science could help me. Thank you Dr Viral Desai and DHI for saving the day for me !!! I got back my crowning glory; and my smile "

One of the Indian Businessman, Mr Sushil Wadhwa undergone his satisfied & successful DHI hair transplant surgery performed at CPLSS (One of the hair transplant surgery clinic in Mumbai owned by Dr. Viral Desai) had something to write for Dr. Viral Desai review, as he said that “I visited Dr. Viral's Clinic for the first time and was impressed by his knowledge and clinical skills. Once my results were evident, all my colleagues and friends appreciated the dense growth. I decided to go for a second sitting of DHI to make my hair look denser. This is a very good procedure with no cuts, no pain and guaranteed results. Many thanks to Dr. Desai and his excellent team!”

Dr. Viral Desai reviews which was Considered amongst all the people in the world, as he was considered as the “best young Cosmetic surgeon” by Dr. Woffles WU, a teaching faculty with the International Aesthetic Surgery Society and the inventor of the Stealth Incision for the breast implant, while his time at Singapore, Dr. Viral Desai completed his fellowship in Advance Cosmetic & Aesthetic Surgery & Laser Training along with Dr. Woffles WU at Singapore General Hospital. Dr Wu was his mentor & taught him various surgical procedure including Liposculpting, Breast implants, Eyelid surgeries, Nose jobs, Chin implants & many more surgeries. After gaining his vast experience in surgeries he came back to India & he himself with his wife Dr Sejal Desai started their independent practices at Sarla Hospital in Santacruz, which was set up Dr. Viral Desai’s mother Dr. Sarla Desai, a gynaecologist, and father late Dr. Ramesh Desai, who was a radiologist.

The Dr. viral Desai reviews said by Dr. Wu created a storm in India as well; the people started consulting him rather than going to any random places, even the biggest celebrities’ started consultation from him. Celebrities like Indian cricketer Mr. Virendra Sehwag underwent his FUE Hair Transplant surgery from DHI, He posted a positive Dr. viral Desai review by claiming “Being an International level cricketer is not easy. Heat, sweat, stress and injuries take their toll, and at times hair... But thanks to DHI, the latest in hair restoration, I got my natural hair back. Now I can comb, shampoo or style them, just like before”

Not fair to talk only about celebrities, even the Middle class people like us, Mr Abdullah Fahad had undergone hair transplantation at CPLSS himself said for Dr. Viral Desai review that “I am Very satisfied with the result. The procedure was good and professional. I had encouraging results within four months and hope to carry on as instructed. Thank you!”

Ms Priya Modi one of the locals visited CPLSS for her hair transplant surgery have something to say for Dr. viral Desai reviews, she said “I had my hair transplant surgery at CPLSS Mumbai and I was thrilled with the procedure. My hair in front and on the side was very thin and it was affecting my overall appearance. One of my close friend who is a physician, she recommended me Dr. Viral Desai, so I visited his office in Mumbai. He had an easy way about him and obviously knew his stuff. I could tell he was giving me his best, honest advice. The staff had me feeling comfortable. I was pretty surprised at how painless the surgery was and the results were amazing. Thank you Dr. Desai.”

His main motto of his life is to become one of the best surgeons in the world. Dr. Viral Desai wanted to become a doctor since his childhood, so he kept following his dream and completed his graduation from Medical school (MBBS) in L.T.M.M College, Sion, Mumbai.

After completing his studies he joined Tata Hospital as General Surgeon & Oncosurgeon. Not only at Tata hospital, he also joined KEM Hospital & Cooper hospital.

Later on he joined Sir J.J Hospitals, Mumbai & completed his Super Speciality course in Plastic Surgery. Thousands of people from all over the globe prefer coming for best hair transplant in Mumbai by Dr. Viral Desai.

Dr.Viral Desai Reviews influences many people to go for the DHI and get their young look back getting rid out of baldness.

With all the above Dr. Viral Desai reviews, he was awarded as the “Icon of plastic & cosmetic surgery in India” Award in 2010 & that too at the national level, this makes him as the best hair transplant surgeon in India. He is known for providing his best service & regular communication with his / her patients to know about their progress in hair transplant.

He said “I talk to them to get a proper solution to the problem & what they want & how can I help them” He is the board certified surgeon as he holds M.Ch (Masters in Super Speciality Degree) & D.N.B (Diplomate of National Board) in Cosmetic & plastic surgery. These two degrees are the most highest level of education degrees in Medical Fields. He believes in loyalty, as he supports ISHRS (INTERNATIONAL SOCIETY OF HAIR RESTORATION SURGERY) to protest against the people who carries unethical practices in India & world, he is totally against those people. Also in 2013, Dr. Viral Desai Accepted the "Frost & Sullivan Healthcare Excellence Award."

Not only Hair transplant, he is also known for his best practice in Liposuction & other cosmetic surgery such as Body Contouring, Breast Augmentation, Buttock Implant, Facial plastic surgery, Lip surgery, Male Breast reduction & many more.

Amongst other, he was the main member of non-Surgical Facelift (WAPTOS) in India, Threadlift (APTOS) in India. He regularly conduct different types of workshops in Advance Botox & fillers for Doctors. Even he acts as an faculty at various Medical & Non-Medical facilities.He is considered the best hair transplant surgeon in India.

DHI stands for Direct Hair Implantation; it is the most advanced used technique for hair restoration. DHI is a very effective used technique used all around the world. The DHI technique was first introduced by World’s leading Medical Practitioners.

DHI clinic is founded & is a part of DHI Global Medical Group Greece. In India DHI clinic was introduced by Dr. Viral Desai more than 7 years ago. Unlike other procedures like hair plugs, FUE (Follicular unit extraction) & Strip extraction, DHI procedure can leads to almost zero pain, no cuts, no stiches is required in this procedure & leave no scars.

In DHI procedure, follicles is carefully removed from large area of hair to the head area, where there is more hair loss all procedure done with no pain, cuts or stiches even grey hair can be transplanted easily. DHI does not leave you with any side effects unlike other surgeries & takes less time to regain your beautiful hair.

The result of DHI are unimaginable as the hair which are transplanted begins to grow regularly throughout a person’s life & there will be no more complaints about hair fall as it provides 100% of natural results. As to let you know in DHI procedure, it is not necessary to shave your head completely, it is depended upon the patients if they wish to do so.

The DHI procedure is only performed by DHI certified specialist issued by DHI Global Medical Director. In India, DHI is carried out by Dr. Viral Desai himself & all the doctors practicing at DHI India are been trained by Dr. Viral Desai even their certificate is issued by him. As of today, India has more than 17 DHI clinics spread across country. Every month around 200 DHI procedure is carried on & more than 650 procedures around the world.

We are pretty sure that these Dr. viral Desai reviews will help you & your family a lot, you will be fully satisfied with the service now & also in future, even you will be the one to recommend Dr. Viral Desai to your friends & colleagues.

If you want to know more about Dr. Viral Desai - Click Here

Asked anonymously on 26th September, 2022 at 11:46 am
Hi Dhivya,
Hair transplant cost depends upon the number of grafts required and the technique used for the procedure. In metropolitan cities a good hair transplant procedure may start from 50k and goes up as per the above mentioned factors along with the expertise of the clinic . 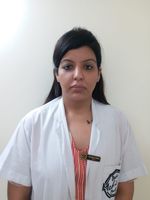 When to wash hair normally after hair transplant?

Asked anonymously on 3rd August, 2022 at 3:50 pm
Hi,
After hair transplant first head wash can be done on 5th day with a mild shampoo.
after that on every alternative day shampoo can ve done and with water you can wash on daily basis.

What to expect 2 months after hair transplant?

Asked anonymously on 3rd August, 2022 at 3:42 pm
Hi,
If you are talking about results after hair transplant,then in that case you need to wait. After 2 months of hair transplant, transplanted  hair would be in shedding phase which would continue upto three or three and a half month.
So you would not be able to see much difference in your hairloss condition. But at that period you should continue with your regular medication to get the good results.

When can i sleep on my side after hair transplant?

Asked anonymously on 3rd August, 2022 at 3:22 pm
Hi,
If your temple area also have been created while your hair transplant, in that case you need to be a little cautious about your sleeping patterns. You should try to sleep on your back for atleast 8-10 days, you should avoid to sleep on your chest or on side. Since in this period hair grafts tend to be fragile. So after 10-12 days of hair transplant you can start sleeping on your side.

I am 35 year old woman , Ii am having excess hairfall.Need proper treatment for this

Asked anonymously on 26th June, 2022 at 1:21 pm
Hi,
Hair fall in women can cause due to various reasons like nutrition deficiency, harmonal imbalance, stress or seasonal as well. To get rid of this you should consult a dermatologist to get the proper assessment done. Medication and some hair treatment like mesogrow and HGP can help you to cure. You can visit at Dadu medical centre for the detailed discussion and to line up your treatment. you can connect us on +91-9810939319.