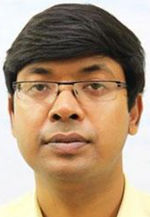 123A, Near Triangular Park

801, Kalikapur Road, Near Kalikapur HDFC and Opposite Florence Spa