Dr. Monika Agrawal is a reputed Gynecologist, Infertility Specialist and Laparoscopic Surgeon (Obs & Gyn) in Mumbai with over 15 years of experience. She has been bestowed with Conducted Mother and daughter sessions at different schools. - 2017 award, Completed 250 caesarean section - 2016 award, Conducted teen talk in reputed international schools - 2016 award, Won the best paper presentation about “Planned induction vs spontaneous labour” during 41st annual MOGS conference - 2013 award, Did a course on Basic sonography in obstetrics and gynaecology - 2013 award, Has won the Dr. D. K. Tank interesting case prize for case presentation about “Vulval Fibroid, A rare case” during 39th annual conference of MOGS - 2010 award and The above-mentioned case study also selected for publication in Bombay Hospital Journal - 2010 award. She has pursued her DNB - Obstetrics & Gynecology from University Of Maharashtra in 2011, DGO from MAHARASHTRA UNIVERSITY in 2009 and MBBS from University Of Maharashtra in 2005. She currently practices at Criticare Hospital in Andheri East(Mumbai) and Her Care Clinic in Andheri East(Mumbai). She holds membership of Indian Medical Association (IMA).

Dr. Monika Agrawal is registered as a Medical Practitioner at Maharashtra Medical Council since 2006. Registration Number - 2006042035 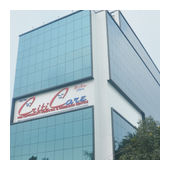 Family Planning Family planning helps in people's right to determine the number and spacing of their children.