Sports And Musculoskeletal Physiotherapist in Mumbai

Dr. Sanjay Bakhshi is registered as a Medical Practitioner at Indian Association of Physiotherapist (IAP) since 1997. Registration Number - 9520337 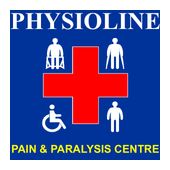 Visceral Manipulation Visceral manipulation is the practice of an experienced therapist using his or her hands to move and release fascial restrictions in your abdomen and pelvis to encourage the normal movement and function of your internal organs.

Balance Exercises These Basic Exercises Like Walking Help You Improve Your Stability.