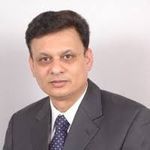 Dr. Girish Bapat is a highly skilled Bariatric Surgeon, Gastrointestinal Surgeon, General Surgeon and Laparoscopic Surgeon in Pune. He holds an experience of 29 years in medical field. For his contribution in the medical field he has been awarded Examiner for Royal College of Surgeons England, London - 2014 award. He has done his FRCS - General Surgery from Royal College Of Surgeons, England in 2013, Fellowship in Bariatric Surgery from A-Z Sint Jan Hospital, Brugge in 1999, FRCS - General Surgery (Upper GI) from Intercollegiate Specialty Board, U.K in 1997, MS - General Surgery from Mahatma Gandhi Memorial Medical College, Indore in 1993, MBBS from Mahatma Gandhi Memorial Medical College and Indore in 1989. He currently consults at Apollo Jehangir Hospital in Bund Garden(Pune), Centre For Advanced Laparoscopy, Obesity And Metabolic Surgery in Kothrud(Pune) and Deenanath Mangeshkar Hospital in Erandwane(Pune). He is a honorable member of Indian Medical Association (IMA), Poona Surgical Society and Obesity Surgery Society of India (OSSI).

Dr. Girish Bapat is registered as a Medical Practitioner at Maharashtra Medical Council since 2012. Registration Number - 2012061934

Hernia Surgery The surgeon makes a cut (incision) to open your skin. They'll gently push the hernia back into place, tie it off, or remove it. Then they'll close the weak muscle area where the hernia pushed through with stitches.

Piles Surgery Piles/Hemorrhoid surgery is done to remove swollen blood vessels inside or around the anus and rectum.

Minimally Invasive Surgery Minimally invasive surgery allows the surgeon to use techniques that limit the size and number of cuts, or incisions, that they need to make.

Gastroscopy Gastroscopy is an examination of the upper digestive tract (the oesophagus, stomach and duodenum) using an endoscope.

Endosurgery Endosurgery Is A Field Of Surgery Which Is A Combination Of Endoscopy And Laparoscopic Surgery.

Intestine Surgery A Surgery To Remove Any Part Of Thebowel. This Includes The Small Intestine, Large Intestine, Or Rectum.