Dementia is a collection of symptoms that affects individuals' memory, reasoning, and social skills. The most typical cause of dementia is Alzheimer's disease, although other conditions, such as stroke, can also cause dementia.

The treatment of dementia in the early stages is essential. However, it would be even better if we could prevent it altogether.

Researchers in Japan have recently demonstrated that a high-fiber diet is linked to a lower risk of dementia development. This study is recently published in the journal Nutritional Neuroscience.

Before we check how a fiber diet is related to brain health, let’s first find out the role of fiber in your diet.

Fiber is made up of carbohydrates. The primary role of fiber is to keep your digestive system healthy. In addition, consuming fiber helps with memory and mood in general. Promoting microbiota also reduces oxidative stress and inflammation. 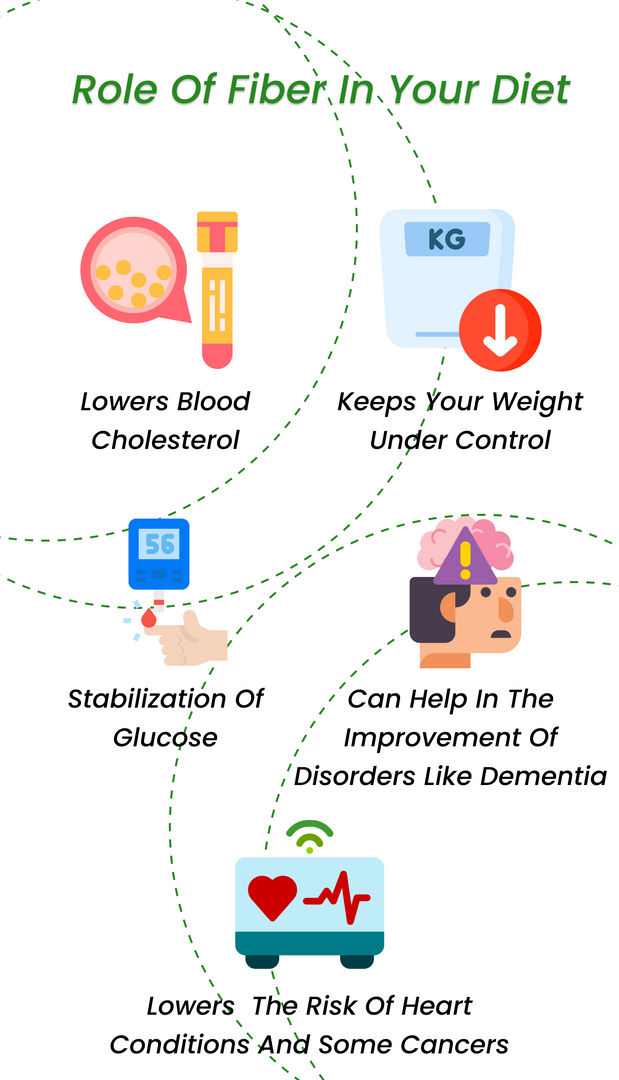 From the moment food is eaten until the final waste is expelled from the intestine, the muscles lining the digestive system massage food down the digestive path.

Dietary fiber helps to bulk up our feces and maintains digestive health because it is largely indigestible.

What is the connection between your gut and mind?

The problems relating to your stomach issues are some of the most common symptoms of stress and anxiety. According to researchers, this is because the gut and the brain are connected. 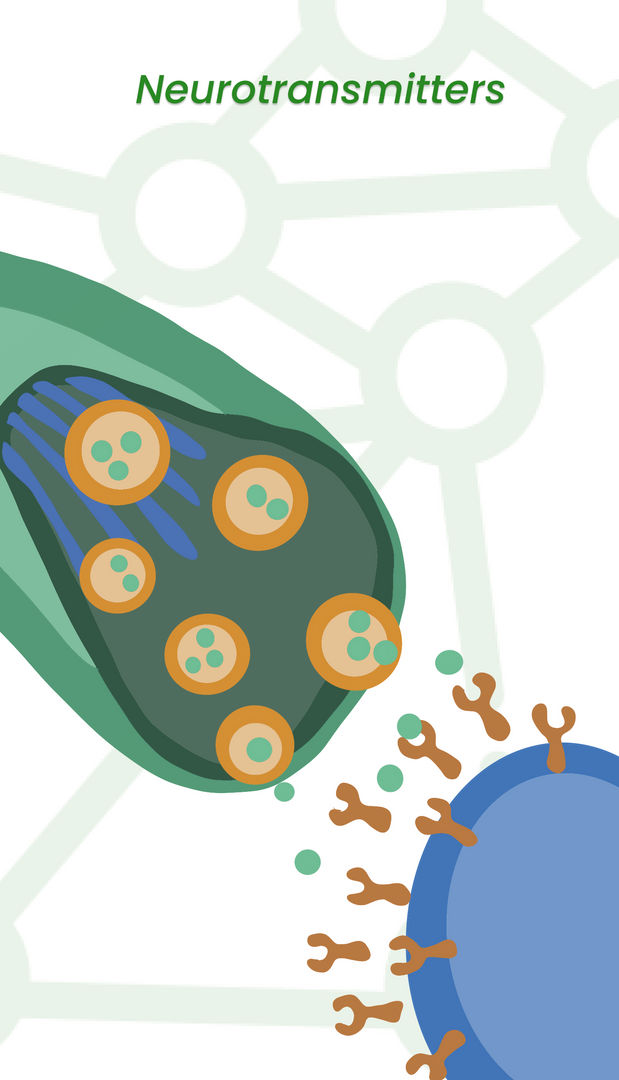 Your digestive system, from swallowing to the release of enzymes, is managed and controlled by your second brain. It ensures that food breaks down into little pieces and regulates blood flow so nutrients may be absorbed and excreted.

Through your nervous system and hormones, the ENS communicates with your brain. Additionally, your immune system and stomach exchange information, which impacts your overall mental health. 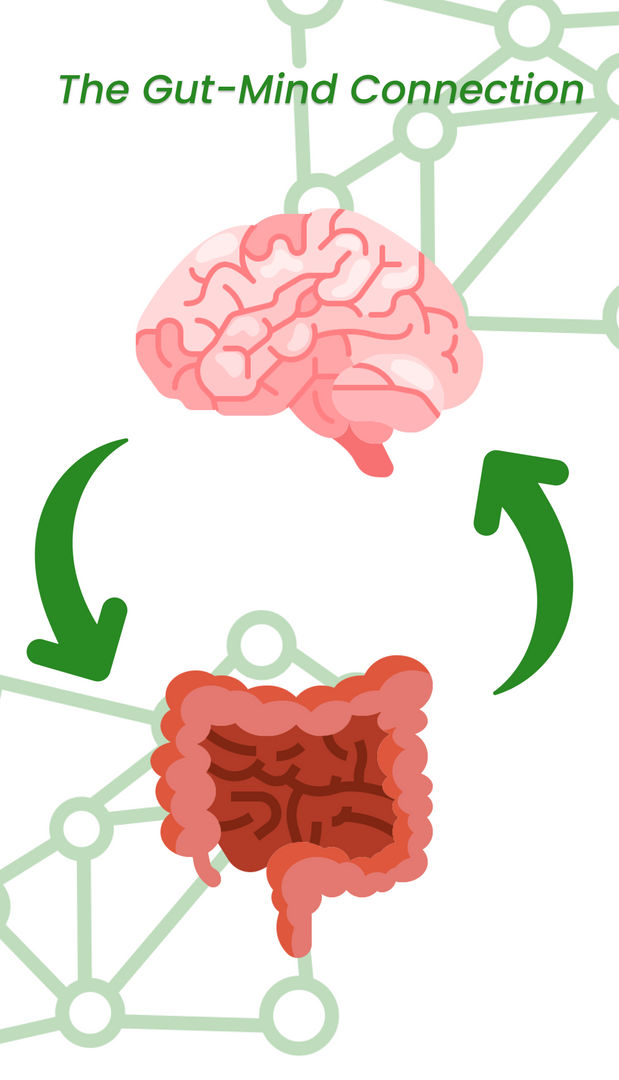 How does a high-fiber diet affect your brain health?

Most of the body's essential processes, whether conscious or not, are managed and controlled by the brain. Because of this, the brain must receive a constant supply of oxygen and fuel. In addition, metabolizing nutrients from the digested meal available in the bloodstream provide energy.

20% of the body's daily caloric intake, or around 400 calories out of 2000, goes to the brain. About 60% of the brain is structurally made of fat, primarily polyunsaturated fatty acids and high cholesterol (PUFAs).

As a result, one's diet directly impacts the structure and operation of the brain, which in turn influences how the mind functions.

A study by scientists found that high-fiber foods reduce inflammation in the brain's microglia (a major type of immune cell). As a result, scientists think high-fiber diets may trigger a chemical chain reaction that reduces brain inflammation, leading to slower aging-related memory loss and cognitive decline and a lower risk of neurodegenerative disorders like Alzheimer's.

As we have discussed above, your gut health affects your mental health. It is proven by a recent study in Japan that a high-fiber diet can reduce the risk of dementia.

Let's see what the study found out:

3,739 healthy adults between the ages of 40 and 64 participated in the study.

Scientists made four groups based on various fiber intakes.

The individuals responded to questionnaires that measured their consumption of fiber. Between 1985 and 1999, the study was completed, and from 1999 to 2020, it was followed up.

The researchers investigated if the subjects needed care and whether they got dementia.

They also studied the effects of soluble and insoluble fiber.

The study found that a high-fiber diet reduces the risk of dementia.

According to Dr. Yamagishi, the mechanism of this connection is currently unknown, but it may have to do something with the interactions between the gut and the brain. He adds that one explanation for this could be that soluble fiber controls the composition of the gut bacteria, which could impact neuroinflammation, a factor in the development of dementia.

Now, what else can high fiber diet do for dementia?

Fiber might also reduce other risk factors of dementia, like body weight, lipids, glucose levels, and blood pressure. However, the work of this study is still in the early stages, and it is essential to confirm the association in other populations as well.

Many traditional dietary habits consist primarily of nutrient-dense, unprocessed foods with minimal processing. It is essential and should be supported by nutritional specialists to assist individuals with mental illness in making decisions about strategies that support self-care and health improvement.

I have pain in my left hand and Left side neck pain.left hand numbness in night time.

Asked anonymously on 21st September, 2022 at 8:14 pm
Hello
you have cervical pain
pl take acupuncture
you will get relief in few sessions
take care

I am 42 year old, having bouts of severe headache prominently on right eyebrow and temple, severe right neck and shoulder spasm, was on gabamax nt 50 for 6 month which was advised by an orthopedic doctor. Later strtd with topomac for almost 4 months which was suggested by neurologist. Still my pain persists n it is present 24*7 , since past 1 year. When I am on medication it has reduced max till 30%. Kindly help since I still can't understand the root cause of my problem.

Asked anonymously on 23rd June, 2022 at 10:28 pm
Hello,
Would suggest Alternative therapy for your problem, like Acupuncture, Acupressure, Cupping, Moxa.
Diet recommendations would naturally heal your system along with the above mentioned therapy.
Take care

I have foot drop problem. I had accident last year and from that one of my nerve got damaged plz suggest

Asked anonymously on 20th June, 2022 at 3:22 pm
Acupuncture balancing treatment would bring balance and Acupressure would help boost up the recovery