What is In Vitro Fertilization? (IVF) 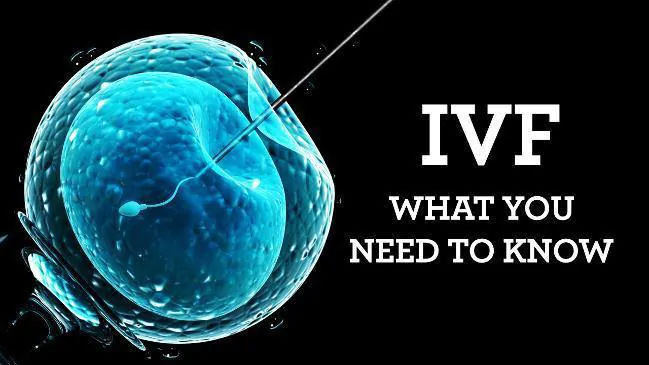 Having children is the dream of almost every couple but sometimes it is not possible for the couple to have children naturally. However, treatments like IVF is the ray of hope for such couples.

Now, you must be wondering what IVF process actually is and what all it incorporates?

IVF is an assisted reproductive technique, which is used when there are issues in the normal conception of a child by the couple. These issues can be the result of various health problems with either the male or female counterpart or both.

In IVF, the egg (known as ovum) from the woman is taken and combined with the sperm from the male outside the body in a controlled environment (in a specialized lab). Then they are left so that the sperm can fertilize the egg. The fertilized egg (known as an embryo) is then placed in the uterus of the woman, which leads to pregnancy.

Nowadays with advancements in the IVF field, the fertilization process is carried out in a specially designed dish known as "Petri dish" in place of a test tube.

Each fallopian tube finishes in fimbriae, which are finger-like structures. The fimbriae catch and guide an egg when the ovary discharges it. The fallopian tubes play a significant role in the fertilization process since they are the place where most eggs get fertilized.

In case any one of the fallopian tubes is harmed, for instance by a medical procedure or a disease, they can become blocked by scarred tissues.

2. Women who have had their fallopian tubes removed

As we have learnt above the role of fallopian tubes in fertility. So, in case the fallopian tubes are removed, can be because of surgery, there are no chances that a woman can conceive a child.

Low sperm count implies that the liquid (semen) discharged by a male during intercourse contains less sperm than normal.

The condition of low sperm count in medical terms is known as oligospermia. A total nonappearance of sperm is called azoospermia. Sperm count is considered to be lower than normal if it is less than 15 million sperms for each millilitre of semen.

Having a low sperm count reduces the chances that the sperm will fertilize the egg, bringing about pregnancy.

Majority cases of female infertility are the result of issues with ovulation. Without ovulation, there are no eggs to be prepared. A few signs that a female isn't ovulating normally are irregular or missing menstrual periods.

Ovulation issues are mostly the result of the polycystic ovarian syndrome (PCOS). PCOS is a hormone imbalance issue which can interrupt normal ovulation.

Primary ovarian insufficiency (POI) or untimely or premature ovarian failure is another reason for ovulation issues. POI happens when a woman's ovaries stop functioning normally before she is 40 years of age. POI is different from early menopause.

Though females with POI can have infrequent periods for quite a long time, they still can conceive. However, women with untimely menopause no longer have periods and are unable to conceive.

Uterine fibroids indent the endometrial cavity and endometrial polyps can disable how the covering of the uterus (endometrium) and foetus interface to bring down implantation and pregnancy chances.

5. People with a hereditary issue

It's important to know that there is no particular infertility gene, and neither it can be said with the prominence that every infertile person (male or female) transfers infertility to their offsprings.

In situations where infertility is passed from parents to offsprings, certain conditions can be genetic. These conditions may result in offspring suffering from infertility. Following are the few conditions:

Endometriosis is another potential reason for inherited infertility. This is on the grounds that the condition can be passed from mother to daughter that may cause the daughter to face issues in conception later on in the future.

Potential causes could be:

It is progressively perceived that egg quality is of basic significance and women of advanced maternal age do not have quality eggs suitable for fertilization.

Additionally, polymorphisms in folate pathway could be one of the possible reasons.

Distorted reproductive immunology, for example, diminished maternal resistant resilience towards the developing embryo may likewise be one of the reasons.

Also, some researches have shown that epigenetic alterations in sperm can be a partial reason for unexplained infertility.

There are five essential steps in the IVF and embryo implantation process before the pregnancy test:

Side effects of IVF:

As in any medical treatment, there are certain counter effects associated with IVF.

Here we will be discussing both the common side effects that are generally encountered in IVF treatment and also the major side effects which if encountered, patient should immediately contact the doctor.

Side effects of fertility drugs:

According to the IVF process explained earlier, you must be aware that fertility medications are given in the initial stage. These fertility drugs can cause some of the following issues:

Let’s now understand the potential risks in In vitro fertilization:

What is the success rate of IVF treatment?

After learning about IVF and other associated information, the important question that comes up is how successful the IVF process is.

As time passes, advancements are also making their mark in the IVF process. These advancements have resulted in new and different approaches rather than as how traditionally IVF was being carried out.

The important advanced techniques of IVF are listed below:

Basically, ICSI involves a similar procedure as IVF, with the exception that ICSI includes the immediate infusion of a solitary sperm into each egg to accomplish fertilization. ICSI is used to overcome sperm issues.

ICSI is a sort of IVF normally utilized in situations where a male has an extremely low sperm count or poor sperm motility. With standard IVF, around 100,000 sperms are placed in with each egg and kept in the incubator where the expectation is that one sperm will fertilize each egg. With ICSI a solitary sperm is infused into the egg. The entire method is the same as in IVF, the only change is how the sperm and the eggs are processed in the lab.

With ICSI, a woman has something like a one-in-three possibility of getting pregnant and having a child. If the woman's age is under 35 years, the achievement rate is near 50 per cent whereas in women who are 40 years old or more the chance of having a child is just a solitary one of every 20 with IVF utilizing her very own eggs.

Donor conception refers to the process of having a child with the help of a donor. There are a few different ways such as donor sperm, eggs or embryos, which can be utilized in IVF processes using donors.

This is applicable when there is an issue with the male counterpart. Donor insemination (DI) might be utilized when:

Donor eggs are used when there is an issue with the female counterpart. Treatment with donor eggs is done if:

In IVF with donor eggs, the procedure is the same as IVF for couple itself apart from that the donor undergoes the process of ovulation medication and egg retrieval, not the female counterpart in the couple. The egg donor undergoes hormone stimulation to deliver multiple eggs.

At the point when the eggs are mature, they are recovered and sperm from the male counterpart is added to the eggs. Two to five days later, when embryos are formed, embryo is transferred to the beneficiary woman's uterus. The beneficiary woman may take hormones in process of the embryo transfer, and for around 10 weeks after the embryo has been exchanged.

Donor Embryos can be utilized if an individual or couple requires both donor sperm and donor eggs to accomplish a pregnancy. Although uncommon, a few people donate their frozen embryos that they do not need again (after IVF techniques, for instance), for use by others undergoing IVF. At the point when the beneficiary woman is ready for embryo transfer, embryos are defrosted and transferred to her uterus.

Since the donors are generally youthful, with young eggs, the success rate for IVF with donor eggs, sperm or embryo is a lot higher at up to 60 per cent.

GIFT was developed as a more 'normal' adaptation of IVF. Rather than fertilization happening in a petri dish in a research facility, the woman's eggs are recovered from her ovaries and embedded between two layers of sperm in fine tubing. This tubing is then transferred into one of the woman's fallopian tubes, where the egg and sperm are left to fertlize normally.

GIFT is no more regularly utilized. In any case, it is now and then utilized as an option for couples who would prefer not to utilize IVF for religious reasons, given that the woman's fallopian tubes are normal.

Preimplantation genetic diagnosis (PGD) is utilized to lessen the hazard or prevent the transmission of a hereditary malady or chromosomal irregularity from passing on to their offspring. PGD is likewise utilized for couples who have had repeated miscarriages or repeated IVF failures.

In PGD, embryos are produced through the procedure of IVF or ICSI and after that, a couple of cells are taken from the embryo and are screened for a hereditary condition. Embryos unaffected by a specific hereditary condition may then be chosen for the exchange to the woman's uterus.

Intracytoplasmic morphologically selected sperm injection (IMSI) is a technique utilized in IVF treatment to inspect and choose sperm utilizing a high-amplification computerized imaging magnifying instrument for microinjection into the egg.

Utilizing advanced high amplification of sperm, doctors can look at the individual sperm at multiple times amplification to recognize the sperm that shows anomalies and avoid them from being utilized to fertilize the egg. The sperm that is distinguished as being normal is then utilized in the treatment strategy utilizing the ICSI technique.

With the IMSI strategy, doctors can better evaluate the structure of the sperm and prohibit the sperm with suspected irregularities from being infused into the accessible eggs.

For men with high quantities of irregular sperm and past poor results in IVF with ICSI, an upgraded choice instrument may improve the probability of treatment and better embryo advancement.

IMSI is suggested if:

Assisted hatching is a laboratory process that is occasionally done alongside In vitro fertilization (IVF) treatment. IVF includes blending eggs with sperm in a controlled environment in a laboratory (rather than inside a female's body). Eggs are treated as fertilized when a sperm successfully infuses into the egg.

In IVF, the fertilized eggs are monitored for 3 to 6 days as they divide and replicate and develop into embryos. The best embryo can then be placed into the woman’s uterus with expectations of helping her become pregnant or it can be frozen for later use.

While the embryo develops, it is encompassed by cells that make up a covering (zona pellucida). The embryo naturally breaks out of this shell as it develops. Sometimes, the doctor may ask the lab to soften the external shell of the embryo directly before it is put into the female's body. The expectation is that assisted hatching may help the embryo to grow and implant into the uterine wall, thereby leading to pregnancy.